A hollow wind blew through the cracks
Of the dusty, dry, grey ground
It sent a shiver down my back
That dreadful groaning sound

No sun on my skin
For skin I have none
No feeling in hands
Bodiless, numb

Like a soft breeze
I now roam this land
A breeze that once was
A real bleeding man.

Hear me spirit
Know I speak true
Only the Father
Can judge you
Though I see
Why you tarry here
For we both know
Your damnation is near
Still you run
In death as in life
Cast out from the living
To this grey life
Escape it forever?
You can try
But your always under
His watchful eye
And now I bid you
Spirit farewell
Soon you’ll burn
In the fires of hell.

Featured image is the confessional room at Macau Cathedral.

I yelled loud, the pain was sharp
I heard a fizzle and a zap
The TV exploded sending shards
Stabbing right into my hand

I cried out and stumbled back
Tears unbidden came in a flood
Yet when I looked down at my hand
There was no glass, no cuts, no blood.

And now this today as the sun sets
And the house grows slowly darker
My heartbeats wildly as I fret
At the thought of a spirits cackling laughter.

Lost in the past he shall remain
No power left to his name
And though I may never be the same
His shadow is forever maimed. 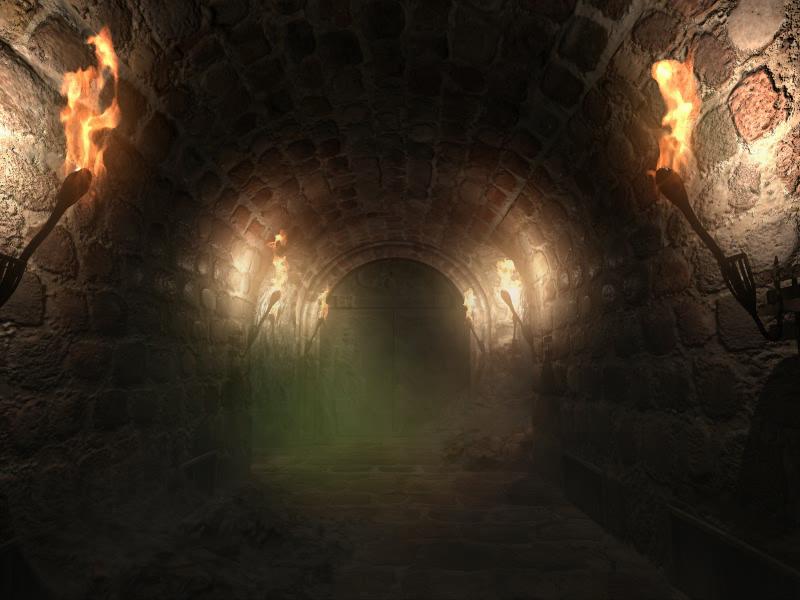 I have been writing a short story that will come in three, possibly four parts. Here is part one, I hope you enjoy it while I finish off part two.

Burning rush torches dimly lit the narrow corridor, sputtering and sparking in their sconces.
Dark patches of shifting shadow hung heavy in the spaces between them.
The walls, dark and dirty, seemed to stretch on forever until they met at a point far off in the distance.
But that could have been a trick the gloom played on his eyes, no corridor could be that long.
He turned to look behind him, wondering how he came to be here.
No answers did he find in the old flaking paint nor the patches of brick he saw there.
He turned back to stare back down the impossibly long hall.
For a while he just stood wracking his brain, trying to remember anything from before he found himself here.
His mind was blank, his memories empty or hiding.

From behind and around him a soft wind tickled his bare chest, coiled around his shoulders and came to rest on the back of his neck like a ghostly hand.
There was a gentle push. Not on his body but in his mind.
A compelling whisper deep in his thoughts that breezed around his consciousness and bade him walk.
So he did.
He felt oddly calm as he took those few steps in this strange place.

A dozen flat sounding steps he took. No echo of his footfalls, no little puffs of dust as his feet scuffed slowly over the black, stone floor.
A wave of vertigo swept over him. A surreal feeling crying out that he was dreaming and none of this was real.
When he reached the first torch he looked back the way he had come.
The child that still lingered in his heart was certain he would see the wall right there in front of him like he’d not moved at all. Or worse, gone and replaced by another corridor stretching on into dark oblivion.
But there was the dirty wall he had briefly examined only moments ago. Slightly darker now that he stood in the light of a torch, but no more or less than where it should be.

He turned to resume walking but as he did something caught his eye.
A door, small, dark and rotting squatted at an odd angle beneath the torch.
The planks were cracked and warped, gaps where they no longer sat flush allowed him to glimpse into the darkness behind.
He put his sweaty palm to the door and softly pushed. Surprisingly, the door opened silently and without resistance.
He stood in the doorway and stared into nothing. Looking left he saw the hallway stretching on forever, looking right that same dirty wall a short distance away.
But when he looked through the door it was though the darkness came alive and leapt out into the hallway, swallowing him, blinding him.
Cutting off his peripheral and drowning him.

But it wasn’t a complete nothing. From somewhere in the darkness came a soft rhythmic THUD-UD THUD-UD THUD-UD.
It came in pulses against his senses, vibrations in the air seemed to massage every part of him while the sound carried waves of calm which broke over the shores of a beautiful and forgotten beach and  left him feeling peaceful, relaxed.
Then the door closed without any interference from him. A hollow BOOM awoke him to where he was and he stood confused, staring at a dirty patch of soot-blackened brick, the door was gone.
For a moment he wondered about the strange door before deciding it didn’t matter.
He turned and began moving towards the next torch a short distance away.

The torch fluttered just above his head. This door looked exactly like the first one, it opened just as silently.
The same darkness leapt out to engulf him and drive his senses away with that comforting THUD-UD THUD-UD THUD-UD.
Only now there was another sound weaving itself through the gentle thud.
A constant murmur like people talking too loudly in another room. Heard but not understood, it caused unease to taint the peace he felt.
The door closed and he moved on.

Three more doors he passed that were just like the first two. Old and rotten things that hid the calming thud and the murmur that shook it.
The dirty patch of wall where he had started had faded with the distance and stood now as a slightly lighter patch of shadow surrounded by darkness back the way he had come.
He was beginning to fear this place with its dirty walls, rotten doors and perpetual sameness.
He ran to the sixth door and threw it open.
The dark.
The thud.
The murmur.
Heart pounding in his chest he took off for the seventh door and slammed it open.
The dark.
The thud.
The murmur.
His pulse thrumming in his ears he turned and sped for the eighth door.
He skidded to a halt and kicked the door. Rotten wood crumbled easily and fell to pile at his feet. A glimpse of
The dark.
The thud.
The murmur.
The thudding matched his heartbeat, the murmur ran with his pulse.
Far from relaxing now, it was maddening!

Pursued by sounds and darkness he could not explain he half ran, half stumbled towards the ninth door.
He reached it panting and sweating. Tears ran unknown his cheeks.
He shook his head trying to deny his desire to open the door but knowing he would, knowing he already was.
He opened the door and screamed, but there was only the darkness.
No thud.
No murmur.

Then the black pulsed red.
A high pitched tone suddenly split the silence, another sameness, the tone never changed, never wobbled.
Panic began to bubble in his chest, boiling, a pressure in his throat that stoped his breath.
He leaned forward.
A voice echoed off the blackness
“She’s gone. We have to get him out now.”

The darkness pulsed a painful red with each word.
His fingers scrabbled uselessly at the door handle but in his panic he couldn’t make them obey him.
The screaming tone tore at his ears and stabbed into his mind shattering all thought and memory into a million cutting shards that sliced his brain with ice.
The darkness flashed red with every beat of his heart, like a strobe light from hell, setting his eyes on fire.
His fingers finally found a purchase on the door handle and with a wordless cry he threw himself backwards, pulling the door closed with him.
The door slammed with a resounding boom that echoed off down the hall chased by a whisper
“He’s not breathing.”
Pain flared in the back of skull as his head snapped back and bounced off the wall behind him. He sunk dazed and dizzy to the floor.
The door before him slowly faded, grew transparent and finally disappeared, leaving only a cracked wall in its place.
He leaned to the side and heaved until stomach was empty.
Then sitting against the wall, chin on his chest, he sunk into a troubled sleep.

When the minutes are long and the hours unkind

I seek the dubious safety of my mind

Alas! So many horrors in my memories

My first instinct is to flee

So here I sit outside my head

Neither alive nor living dead

Like a feather I float lifeless on a breeze

No safe haven for me this day it seems. 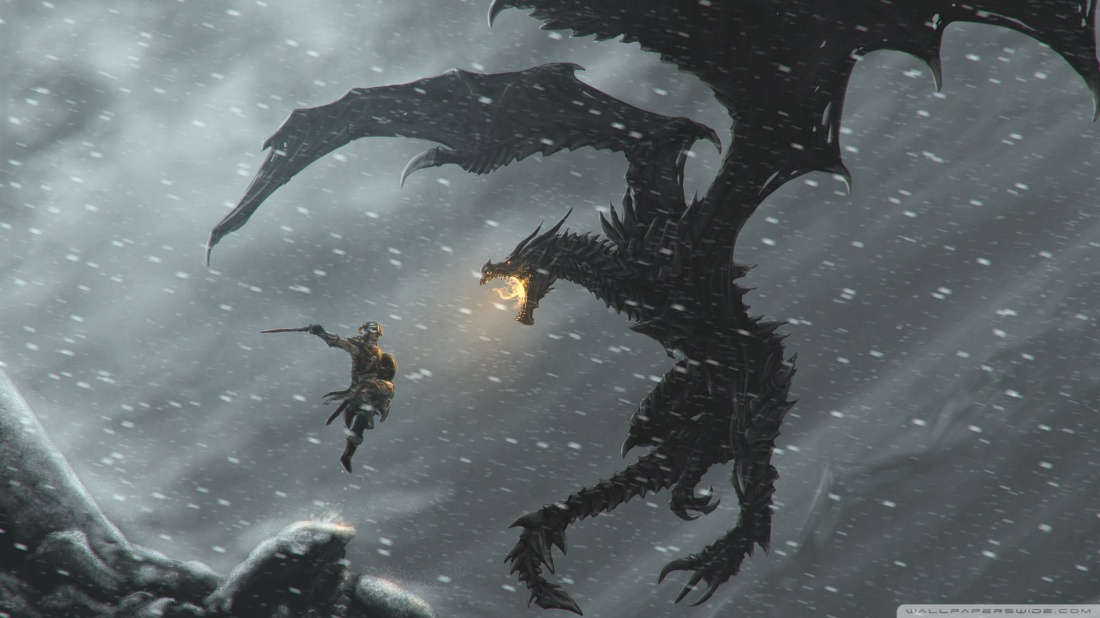 Down over the shadow mountain pass

The dark demons descended on us

Deep in the blackness of midnight

They fell on us-we weren’t ready to fight

Silently they scaled our walls

Death and torment and torture within

With eyes so red and skin so foul

We were awoken by the howl

The warning cry we heard belated

Their carnal appetites soon were stated

Rend the flesh and bones of our kin

They wore leather made from human skin

Curved black blades in the night

The sound of drums with a rhythmic boom

Summoned a beast that darkened the moon

Immense and dark of heart was he

Void of compassion was this beast

The light was swallowed by his scales

The bravest hearts began to fail

The fall of every living thing

Came in the form of this Demon King

Yet in one Heart of Light welled strong

The empowering melody of Goddesses song

To the tallest tower sped Liam the Fair

The walls of the Keep rattled and shook

Yet this foul evil he would not brook

He gained the tower to top so high

Already consenting to lay down his life

With his mouth set determined and grim

He caught sight of the Demon King

He leaped from the wall with daggers twain

And tore the mighty wing membrane

The Demon King roared and fell

At that sight men’s hearts swelled

And as the beast and Liam crashed down

Rallied the men to defend crown

At the death of their blackest leader beast

The demon spawn threw aside their feast

Their courage gone the gutless swill

Fled screaming for the foothills

Liam the Fair had turned the fight

Yet paid the ultimate price that night

And lay Lights hero on his funeral bed.

A childhood stolen
Innocence lost
Your depraved appetites
Came with a cost
But it isn’t a cost
That you have to bare
The horror you inflicted upon her
It just was not fair
You deserve to be skinned
And strung up alive
The poor little angel
I’m glad she survived
But while you sit there with
Not enough time behind bars
Your demons she’ll carry
No matter how far
She may travel to try and escape you.

The devil under her bed
Is frighteningly real
The ghosts inside her head
Feel corporeal
Physically there
Living in her soul
Physically there
She lives in a hole
And you still dare
To smile away
Her ghosts and demons
Will devour you one day.

This one comes from a very personal experience. Thank you for reading and please, feel free to let me know what you think. 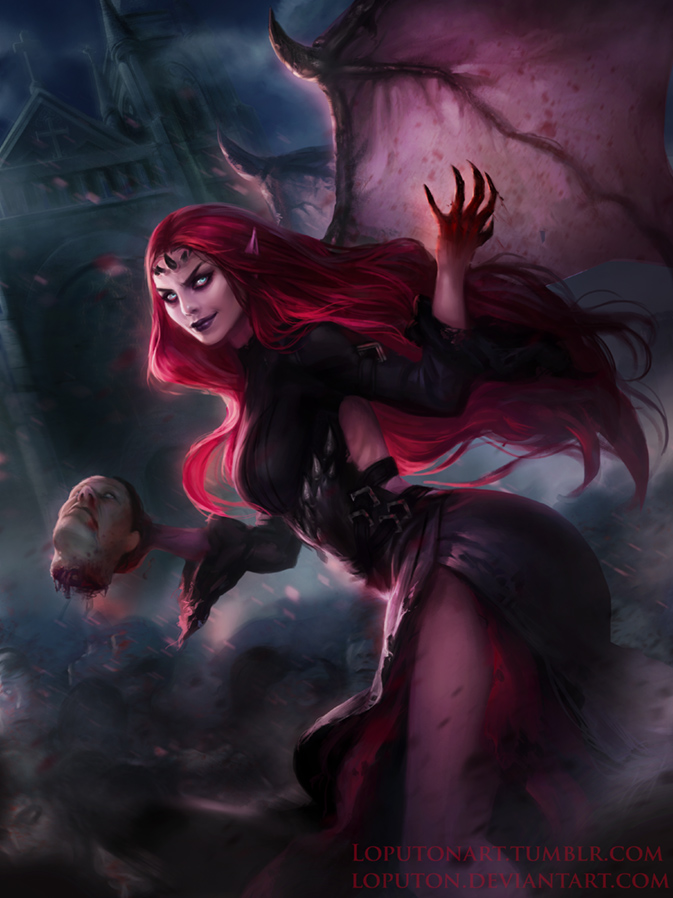 Now
He slept she opened her eyes
Now
She doffed her tempting lies
Now
Her victim she espied
Now
Feeds this ancient Succubi.

My Worlds in Words

My Worlds in Words